 Home   The Real  Getting to know about Indonesia

Getting to know about Indonesia 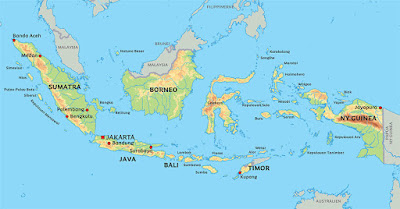 Many people out there probably don’t know about Indonesia. They don’t even know where it is located. It is quite bizarre to know that not many people have knowledge of Indonesia. In fact, Indonesia has lots of things to offer.  How about you? Do you know anything about Indonesia?

Don’t you know that with 240 million people, Indonesia is the fourth most populated nation in the world, just behind China India, and the United Stated. Not to mention, Indonesia is the world’s largest country included solely of islands. It is constituted of 17,508 islands, some 6,000 of which are inhabited. More than 700 native languages are spoken in Indonesia. Amazingly, Indonesian people can communicate with one language, that is, Indonesian, locally known as Bahasa Indonesia.


When it comes to culture, most Indonesian people easily smile to other people though it is the first time for them to meet you.  You will impress them a lot if you are able to communicate with their local language such Javanese, Bataknese, Sundanese and others, not Bahasa.  As a result, you get assistance, discount, free souvenirs and so on. When you are in trouble, they will sincerely help you even though you don’t ask for it. Once again When in Indonesia, you feel like it is your home.


Many people in Indonesia, especially the Javanese, love to address your name as a sign of politeness when they meet you somewhere on the street or other places. In addition, they often ask the same question like “where are you going, sir?”. It doesn’t mean that they want to know your personal business, but it is rather a way for them to welcome and to respect you. It is recommended that you don’t have to answer them in details for example you answer “I need to go to the book store to get some books, map, and so. And then I…” Simply say “I am going to go to book store” or just “I am going to go for lunch”


The last thing to offer, of course not, is If you drive along the street, surely you will be amazed to encounter so many trees on both sides of the street. You will experience the beauty of “green nature” as you explore many places in Indonesia. Not to mention, you can also find many traditional handicrafts, dances and attires in 34 provinces.  Do you want to know more? Why don’t you come and pay a visit Indonesia and find out by yourself?